THE A TO Z OF AXIS: P FOR PANDORA

THE A TO Z OF AXIS: O FOR OBSERVER SEAT

Regulations require that an observer seat be provided in an FFS, although they don’t specify the reason for it. But there are a couple of good ones.

For one thing, during a qualification there are two inspectors, one being a type-rated pilot (Aviation Safety Inspector, ASI), who sits up front next to the applicant, and one from the operator, who runs the IOS and sits in the instructor seat. The technical inspector might also want to be on board, and if so, he (or she) will need someplace to sit. Because another thing the regulations say is that anybody in a simulator has to be seated with a seatbelt when the sim is in operation. And then there is the (admittedly less common) case of tests involving a flight crew of two or more. This moves the ASI to the instructor’s seat and the operator’s inspector to the observer seat. Of course, instructors themselves are also audited, and the auditor then needs someplace to sit.

For all of these reasons there needs to be an extra seat in the sim, which we as AXIS provide as a fold-out jump seat, in black leather like the instructor’s seat, and with a seatbelt as required by regulations. 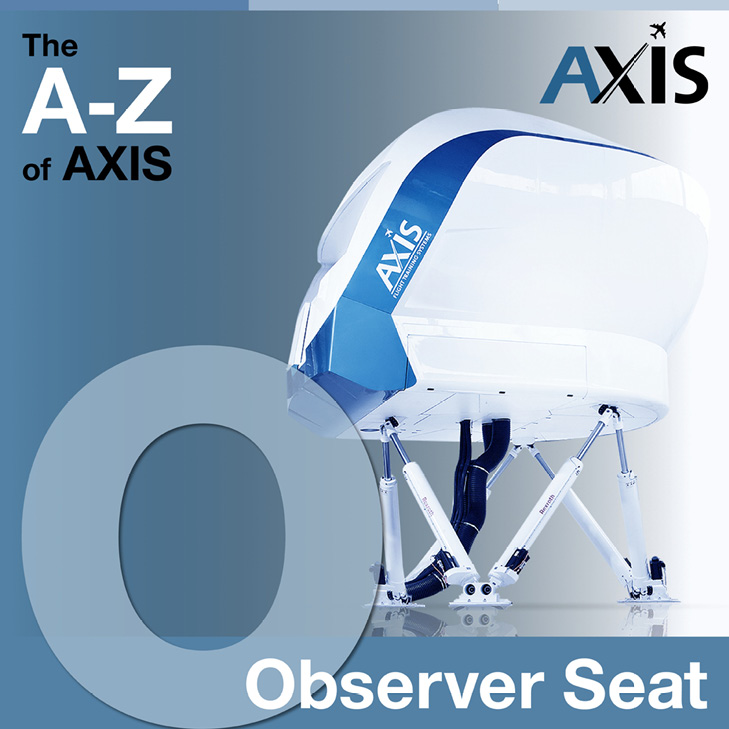