While a third of the demand for new pilots is from Latin America, this part of the world is not what you would call crowded with sims. There are a few in most of the major cities, naturally tending to cluster near the headquarters of major airlines. Sao Paulo, home to Embraer, is the real standout with 17 simulators – almost half of the continent’s total of 37 FFS. And if there’s one city that never sleeps, it’s Sao Paolo. So if you want to learn to fly an Embraer, this is a great place to do it!

Otherwise, in South America the choice will be less about attractions and leisure activities, and more about where training is offered at all. As the home of Latin America’s largest airline, LATAM, Santiago de Chile naturally has training facilities, as do Bogota (home of Avianca), Buenos Aires (Aerolineas Argentinas) and Panama City (Copa Airlines). Lima in Peru also has a training centre.

As one might expect, Mexico is well represented with full flight simulators in Mexico City and Apodaca. FFS will soon be coming online in Monterrey and Cancun as well, the latter well known as a classic tourist destination.

Unsurprisingly, many Latin American pilots train in the US. Despite the demand for pilots, and as much as Latin America has to offer in terms of culture, tourism, nature and lifestyle, it is not a hotbed of flight training. We at AXIS are doing our bit to change that! 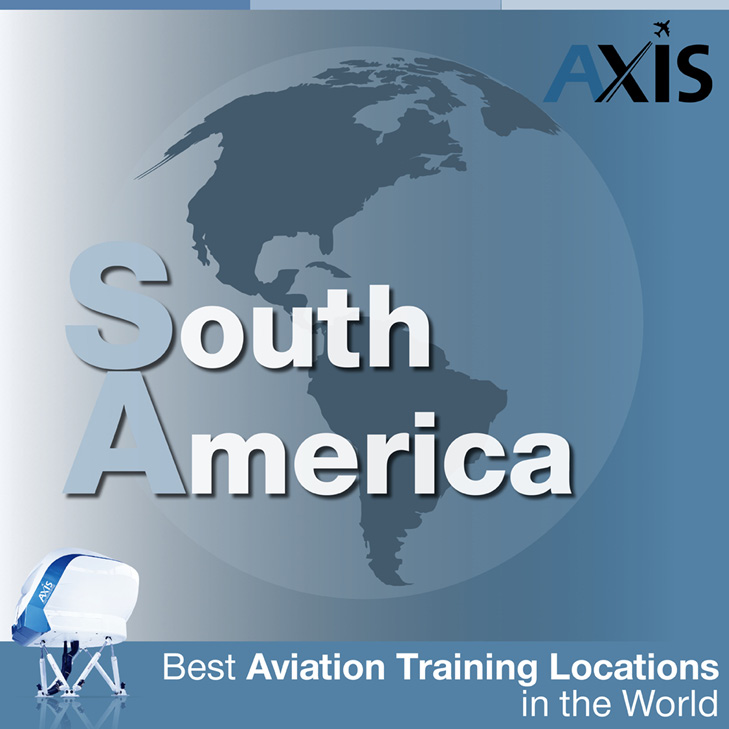